The US Army Corps of Engineers Philadelphia District (CENAP) is the agency responsible nationwide for dredging navigation channels, including the Chesapeake & Delaware (C&D) Canal. The C&D Canal is an important transit route to and from the Port of Baltimore, one of Maryland's leading economic engines. In 1937 the USACE purchased nearly 1000 acres of farmland bordering Pearce Creek for use as a containment site for dredged material from the C&D Canal approach channels. In an effort to maintain the C&D Canal channels at the authorized depth of 35 feet, the Pearce Creek Dredged Material Containment Facility (DMCF) was constructed on 260 acres of the CENAP property and was used intermittently until the mid 1990's. Since the closing of the Pooles Island open water placement site in 2010, CENAP has desired to reactivate the Pearce Creek DMCF in an effort to meet federal dredged material placement needs. CENAP received the required permits to reactivate the site in 2014, and the DMCF received its first post-reactivation inflow in December 2017. 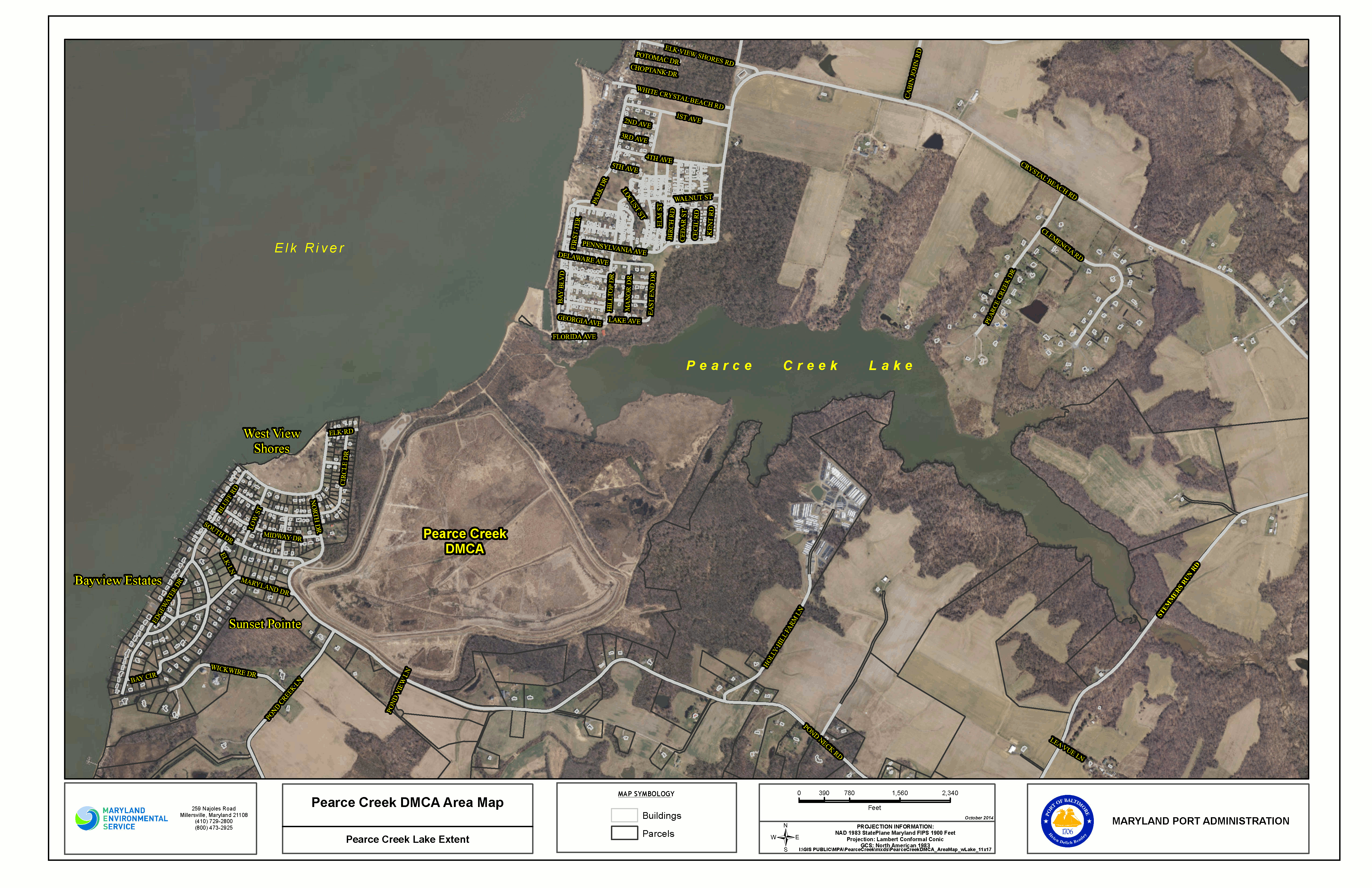 The steps involved in the Pearce Creek DMCF reactivation included:

Liner 101: Learn more about the liner and the installation process.